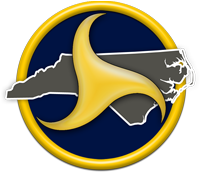 NCDOT plans to widen I-95 from four lanes to eight lanes and make other upgrades stretching from I-95 Business/U.S. 301 (Exit 56) to I-40 (Exit 81), a length of 26 miles within Cumberland, Harnett and Johnston counties. The project is known in the State Transportation Improvement Program (STIP) as Project Number I-5986. This project is divided into two sections: A, which originally covered mile markers 56 to 71; and B, which covers mile markers 71 to 81.

Project Update: I-5986A was awarded by the NCDOT in 2019 as a design-build contract, which is an alternative way to streamline delivery of a project enhance the design, and potentially reduce the costs. The contractor is finalizing the design before construction can fully begin.

Since that awarding, there have been revisions to the design at the Wade-Stedman Road (Exit 61) and the Godwin-Falcon Road/N.C. 82 (Exit 65) interchanges. Updated traffic forecasts have been completed, indicating the need for additional improvements. These interchange reconfigurations are being proposed to improve traffic flow through the interchanges and along these roadways. These design revisions will require additional right of way and are being finalized before construction can begin later this year.

The design has also been revised to extend further south to include Exit 55 and to replace a culvert under Murphy Road with a bridge near that exit. The project was extended to address flooding issues identified in the department's I-95/I-40 Flood Resilience Feasibility Study (2019) and based on additional analysis. During extreme flooding, the existing culvert is inadequate, and it contributes to flooding problems to nearby I-95 over the same creek. 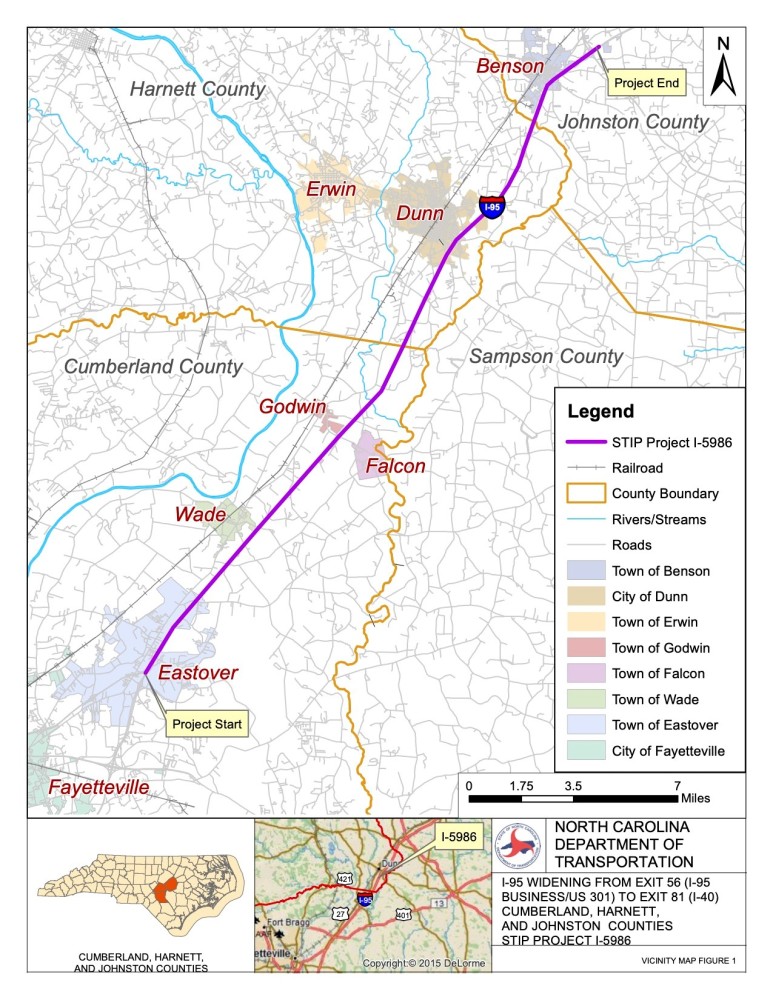 Exit 61 will remain open during construction, except for short-term ramp closures needed to tie in the new ramps.

The original design for this interchange (a standard diamond) will remain.  NCDOT proposes to revise this design as follows

Exit 65 will remain open during construction, except for short-term ramp closures needed to tie in the new ramps. 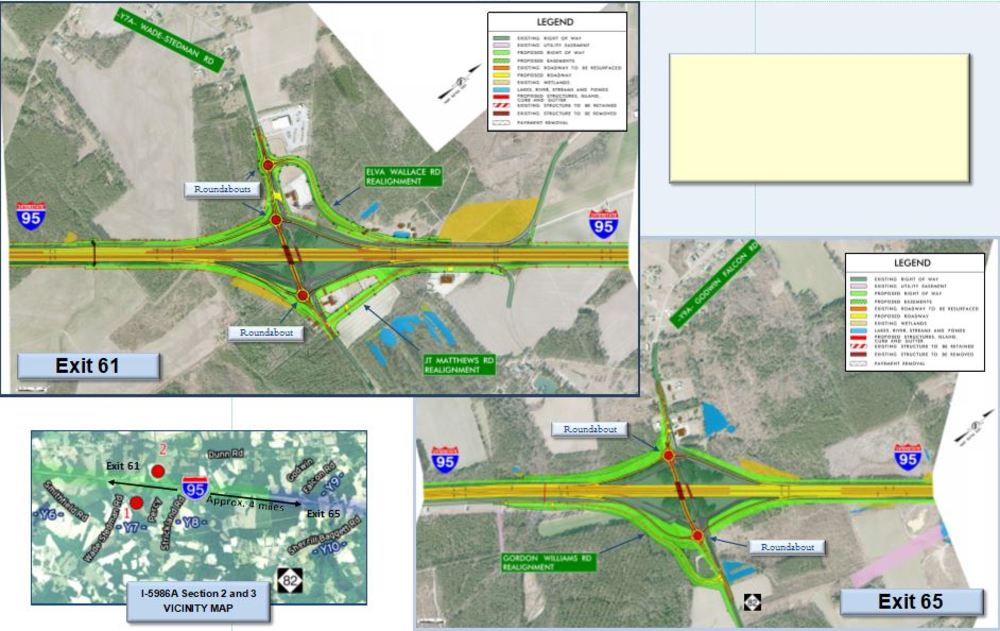 Some of the following design revisions below will require additional right of way.  NCDOT is proposing to construct:

Both bridges would replace existing culverts and better accommodate water flow under the road thus reducing the risk of flooding in the future.

NCDOT is proposing the following four design revisions to accommodate a free-flow movement of traffic on the ramp from I-95 North to N.C. 295 West and improve traffic flow on U.S. 13.

A directional  left-turn will accommodate left turns from U.S. 13  westbound onto existing Pembroke Lane (S.R. 1863).  This will improve traffic flow on U.S. 13.

• A single-lane roundabout will be added to U.S. 13 (Goldsboro Road) 1,400 feet east of existing Pembroke Lane.

Pembroke Lane will be re-aligned to tie into the roundabout, maintaining access for existing development.

• A service road will be constructed from the roundabout to maintain access to the EconoLodge and Waffle House. 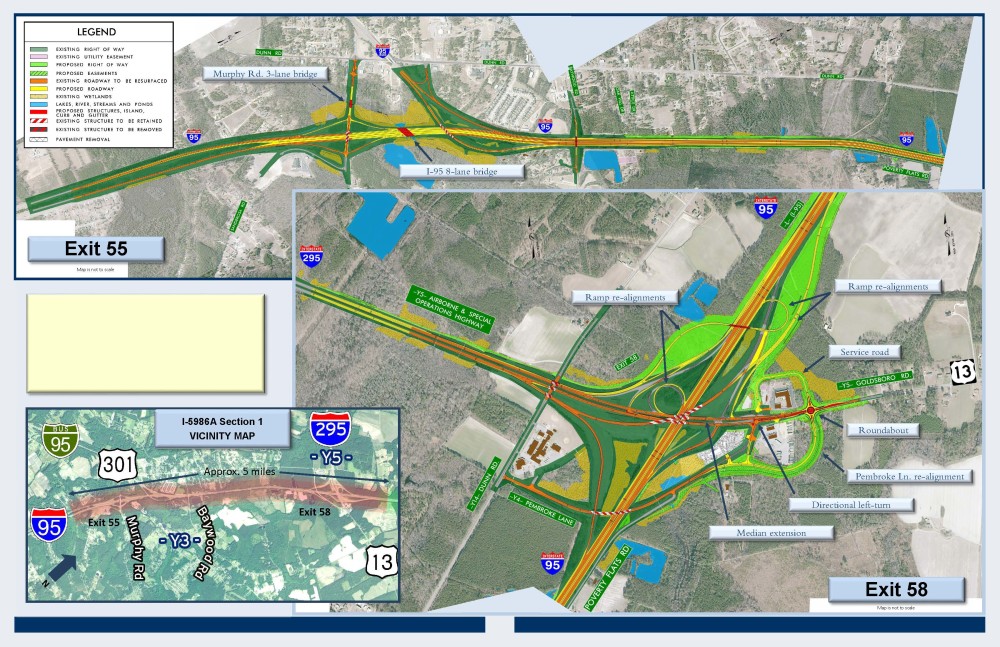 All comments are welcome thoughout the project development and construction phases.

Please leave comments on this page or